The benefits of moving fast...

I’m waxing philosophical this morning…which generally gets me into trouble with my readers, the hobby establishment, and just about everyone else. Oh well, I was in one of those moods, thinking about how we evolve as hobbyists, and I drew some parallels to some philosophies discussed in the business world…I thought it might make for an interesting (if somewhat controversial) discussion today. It’s a great quote, attributed to Facebook founder, Mark Zuckerberg, and adapted by many tech startups all over the world as a philosophy of rapid growth, improvement, and innovation. A lot of business people will tell you that this philosophy is great when you’re starting out, but eventually has to evolve to a more stable mantra as a business endeavour “matures.”

Well, that’s all good, but I can't seem to get that expression out of my head of late, especially when I think about how it applies to the aquarium world. Sure, in business, it’s a great idea to evolve rapidly and make quick changes and iterations if something doesn’t work…and being small and nimble allows you to do that relatively easily. I know I’ve adapted at least part of that in my work with Tannin as we did with Unique Corals before. Ahh..the plan. or rather, how to achieve the goals stated in “the plan.” This is how I think that, if implemented with some thought, the “move fast and break things” philosophy can be adapted into our aquarium-keeping efforts.

Hear me out on this.

Okay, seems like everyone is always preaching patience with aquarium keeping- a key ingredient- and I’m the first one to tell you that it’s the major component of all successful aquariums. However, when you’re first starting out, is it always necessary to follow a detailed plan to the ‘nth” degree? I mean, isn't it okay to adapt, to change, to scrap an idea and move on if t’s not working? Cut your losses?

For example, let’s say you’ve designed your tank to operate in a “ultra deep leaf litter bed” arena. You’re committed to creating a crazy-deep layer of leaves, like 16 inches deep-which will provide a realistic simulation of an Amazonian stream. It's a lot of bioload. And you decided to run a fairly deep sanded with it. In a tank with a lot of fishes already. This is right on the edge, and you've pushed it. Hard. Dissolved oxygen levels and other factors have to be impacted by this radical move! Husbandry and monitoring are vital. No margin for error.  But it's a realistic simulation of that Igapo forest, right? Well, on paper...but you're going from 0-100 from the start! A great goal, in theory- but is it a practical way to operate a blackwater/botnaical-style system for you? Maybe. Maybe not. Is the execution too aggressive? Too radical? The transformation too quick? If your fish are declining rapidly, do you exercise patience and “stay the course”, or do you take decisive steps to address the issue; modify the process- iterate, as they say in the startup world? Yeah, maybe you evolve it a bit, because it wasn’t working. Maybe the one above is not the best example, but the idea of getting out of something that's clearly problematic, as quickly as possible, and either modifying it or abandoning it altogether might have some merit...

Now, I’m not advocating 360 degree changes in your aquarium management approach every time something doesn’t give you desired results in 3 days. Chaos. I’ve worked in environments like that and it’s maddening! Like a tornado of craziness. And really, just stupid.

No- not preaching that. What I am thinking about is the mental ability to get yourself easily out of a situation that is simply not working for you- for the benefit of your animals, budget, time- and sanity. It’s a hobby, for goodness sake, so if you’re not enjoying it, what’s the point? If it's not working, shows no signs that it WILL work, and is generally problematic, wouldn't it make sense to rethink/revise/revamp?

So, maybe it’s not exactly “move fast and break things” for you…perhaps it’s “move at a nice rate of speed and change moderately quickly when things don’t work out.” What are the benefits of adopting the “move fast” philosophy- or at least the "gist" of it- for you as an aquarium hobbyist? First, you can test a lot of ideas and concepts on your tank relatively quickly, in “real time”, rather than just reading about them on the forums. If you have a general idea of where you want to go with your tank, but are interested in a few approaches, this is not a bad way to go if handled in a logical and rational manner. You can work in multiple ideas to see if they work, and throw out the ones that don’t relatively quickly. Now, again, I’m not talking about major hardware shuffles: “Yeah, the 350 gallon was too small, so three weeks later, I broke it down and ordered a 700 gallon.” That’s insanity. I’m talking about “tweaks”, like deciding to build your deep leaf litter bed over a series of weeks or months, or perhaps, to install a reverse-daylight refugium with Anacharis for nutrient export...Changing flow patterns, feeding times, light combinations. Tweaking. Not full-scale overhauls. Second, you can certainly learn stuff at a more rapid clip, right? If you’re giving yourself the opportunity to “audition” a practice, philosophy, procedure, etc., you can find out if something makes sense a whole lot more than if you commit 1,000 percent to a rigid philosophy of “I’m simply going to do it this way.” Even if you don’t get the whole picture of what’s happening in your aquarium, attempting quick little "experiments" can give you an indication of the general direction or trend- an answer to a little piece of the puzzle that you can incorporate to evolve more successfully in the long term. Finally, this philosophy actually can force you to look at things more honestly. In other words, if you decided to do something that maybe you thought might not work- by committing yourself to a “nothing is sacred” attitude at the start of your project, you can evaluate things in a more direct light and change things up as necessary to assure overall success of the tank and the health of its inhabitants. Ego is not included. If you throw the “fun” part back into the equation, and share your trials and tribulations with other hobbyists, and make changes as needed- it certainly makes it more enjoyable to stop being stubborn and try to make impossible-to-execute things work, right? Of course, for every action, there’s an equal (?) and opposite reaction, right ( I think that’s all I remember from physics)..? So, what are the downsides to a rapid-iteration, “move fast and break things” philosophy?

To begin with, you will probably build some “mental debt.” In other words, as you rapidly make changes and move things along, you may tend to overlook other things. Human nature, right? You tend to look at every change or iteration as a big experiment, and that you can “fix stuff later”- a kind of dangerous trap to fall into, especially when you think of the potential impact on living organisms. It’s one thing to make intelligent, measured changes, but to take shortcuts, non-sustainable "work-arounds", and “band aids” harbors potential hidden dangers. Be alert to this. Could your “relentless pursuit of perfection” (to coin the Lexus tagline) could result, ironically, in you never quite getting it right?

In addition, you might find yourself “burnt out” rather quickly. I mean, if you’re chaotically trying every new idea, every new gadget that’s out there in trying to find quick solutions, you will not likely enjoy this hobby for very long. It’s a marathon, not a sprint, right? I mean, it’s a “hobby” at the end of the day. Yet, each day I read forum posts from dozens of hobbyists who flail helplessly in multiple directions, trying every little thing to change up their tank, solve a relatively simple problem. Algae issues are notorious for soliciting this kind of behavior- the desire to get the problem “solved” has resulted in many disasters (like using all sorts of chemicals and medications to eradicate algae, damaging the beneficial bacterial populations, when the reality is that it could have been eradicated or managed with simple husbandry tweaks to begin with…). Think before you “iterate!” 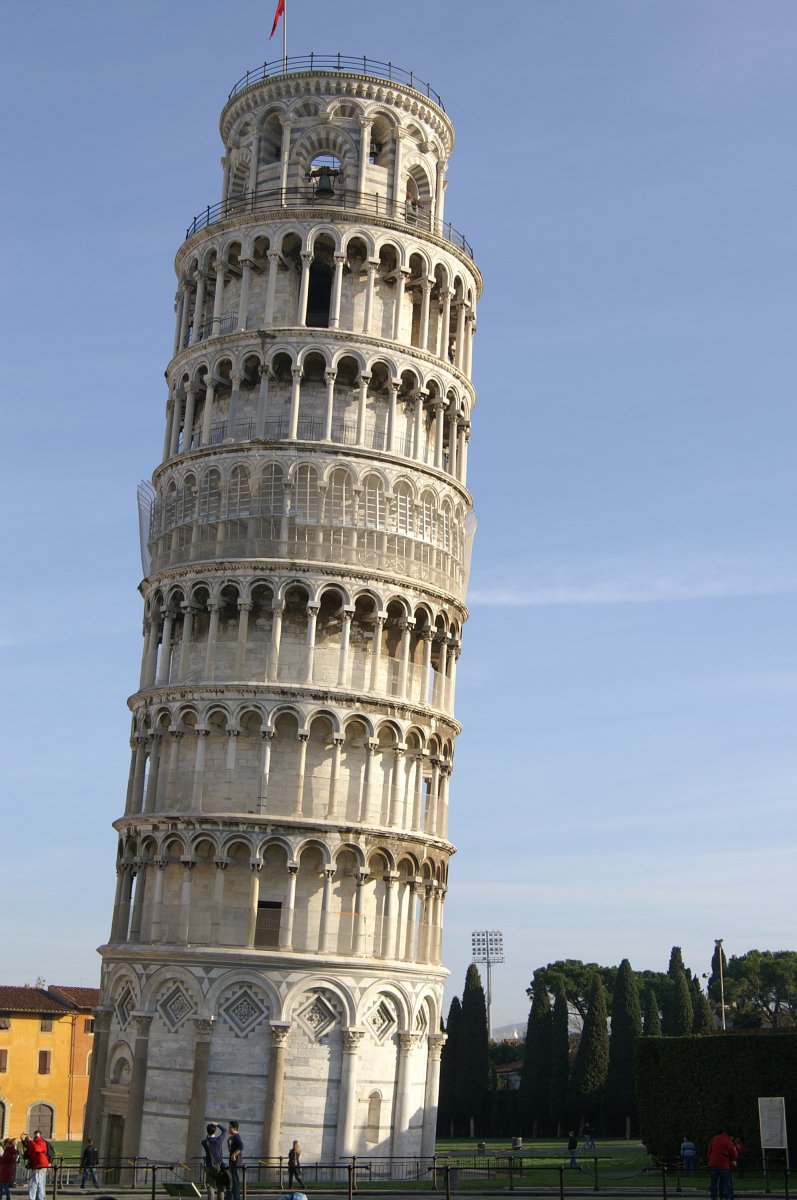 In the end, I think there is nothing inherently wrong with the “move fast and break things” philosophy vis a vis aquarium keeping. However, I think that you can take it to an extreme. If you’re “breaking” too many things along the way, and not learning- and more important- not ENJOYING- this hobby, then what’s the point? Remember, responsible, thoughtful experimentation is always a good thing…as long as the knowledge and benefits gained from such experiments justify the “costs.” I’m certain that there will be many different opinions on this, so I’d love to hear yours. There are many pros and cons to this thought process, and all have merit.