Are you an "impulsive aquarist?"

I ask that not to get some secret marketing data I can use to exploit your psychological weaknesses for my own nefarious purposes (hmm..but that does sound like an interesting idea..). Rather, I'm curious because I think that most aquarists are not.

As fish geeks, we're taught that "nothing good ever happens quickly in an aquarium", and I'd tend to agree with that. However, as consumers, I think we aquarists sometimes make things happen quickly with last-minute purchasing decisions! ("I can make room for him if I move the Boesmanii Rainbows two tanks over, and the Altum Angels to the tank above the Kribs on the left side of my fish room. Yup. No problem")

For that matter, "impulsiveness" is what some venerable hobby institutions, such as the "club auction"- are all about! You've seen this before. The Breeder's Award Program-winning aquarist who has bred seemingly every fish imaginable, isn't easily impressed, doesn't want to get any more fishes...is just there to "support the club"- yet always drives home with at least two bags of fish, often shockingly "pedestrian" stuff like "Pineapple Swords" or  long-finned White Clouds...You understand their mindset- no doubt, you've also told yourself at one of these affairs, "Nope. I'm not getting ANYTHING! No more room..." And yet, that group of Checkerboard Cichlid fry is just too good a deal to pass up, right?

So you place the winning bid. I mean, you may not find another deal like this again (well, at least until next month's meeting...) Here at Tannin Aquatics, I deal with lots of hobbyists every day, and I am occasionally surprised at the additional purchases that people make to "fill out" their orders- you know, to hit free shipping, get an extra pack of botanicals to share with a friend, or just to "scratch that itch" to try a new botanical. Some of these "add-ons" have nothing to do with the stuff they started the order with, and it makes me smile a bit, because I understand...And, it happens just often enough to make me think that most of us fish geeks are not necessarily "impulsive", in the traditional sense; rather, we are strategic. In other words, the purchase may not be something we would start our order with, but it justifies purchasing at the end in order to hit that free shipping number, etc. I kind of think many hobbyists really wanted that extra botanical in the first place. A lot of times, they'll mention, in passing, at the end of a Facebook PM, email exchange, or other conversation, "So, are those Rio Passaro Pods really long-lasting when they're submerged?" I get a sneaking feeling that they intended buy the botanical anyways, and maybe just needed some assurance that it's a cool one, or would look good with the other stuff they have, or something like that. The" impulse buy" by is almost always something seemingly unrelated to their primary order (for example, the customer will purchase Magnolia Leaves, Guava Leaves, Nano Catappa Leaves and then some Babylonia shells added at the last second)! And then, of course, there are those of us who are simply the polar opposite of this:

I recall driving my LFS employees crazy when I was younger, because I'd spend literally hours in the store, scrutinizing every aspect of a fish before I'd "pull the trigger" and purchase- or not (that must be why I drove 'em crazy!). I would look at every fin ray, every gill movement; I'd note every twitch and scratch, and correlate it with known disease symptoms versus regular behaviors for the said species...I would sometimes bring my reference material (like Axelreod's books and maybe the early Albert Thiel stuff after the dawn of the "reef age", notes from Bob Fenner's and Sprung and Delbeek's books in my hand later on), and would just geek out. Of course, I would "second-guess" everything the LFS employees said because "the books" said otherwise, even though these employees worked with these animals every single day of their lives. That endeared me to them for sure, I'll bet. And it was my first brush with aquarium-keeping "dogma",  I suppose.

My how things change! (Well, the "dogma" part, anyways...) I still spend hours making fish decisions; it's just that now I have the option to stare at The Wet Spot's or Live Aquaria's websites for hours while on the couch, instead of blocking the aisles at the LFS! (although I still do that, too... Like, watch me select 15 Neon Tetras some time... The LFS employees usually just give up and hand me the net and tell me "Just bring 'em to the bagging station when you're done.")

I knew at an early age that I'd never be an "impulsive aquarist".

I think it might have come about because, when you're a kid, you have a 10-gallon tank and $5.67 that you've painstakingly saved for months to spend. You need to be absolutely sure of your purchases. I was very thorough! Even as an adult, with a 225 gallon reef  tank, and much more to spend, I still found myself doing the same thing (okay, maybe with my iPhone in tow, instead of some well-worn reference book). You should see me when I go to the wholesalers here in L.A. It could take me half a day to pick like 5 fish. My friends hate going with me, lol. 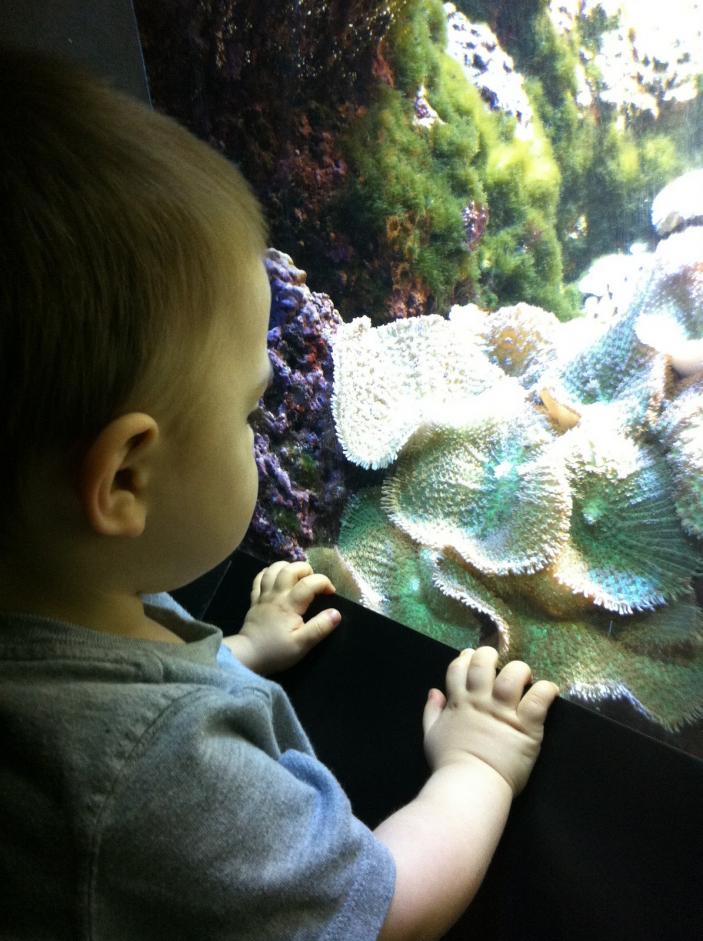 Our "aquatic personality" is forged at an early age, I think.


Equipment choices are even more subject to analysis and absurd scrutiny, because hey- I mean, how often do you purchase a system pump, protein skimmer or a high-end LED lighting system?  (OK, wait- don't answer that). But seriously, when you're sending big money on a critical piece of life-support equipment, like a heater or a filter- you want to get it right! One of the things I love most about my serious fish geek friends is that they will analyze the heck out of almost anything, from an algae magnet to a new aquarium controller. Useful stuff for many of us- essential for anal-retentive fish geeks like myself. And a time saver, because once these guys have "vetted" a product, I can safely list it as a "buy" in my head! Of course, impulsiveness can permeate every aspect of being a fish geek, including setup and configuration of your tank. I may not be overly impulsive in terms of additions and purchases, but I CAN be spur of the moment on tank decisions. What exactly do I mean by "tank decisions?" For example, I'll be scraping algae or some other mundane maintenance chore in one of my tanks one morning, and suddenly, I'll notice a piece of wood that seems "not right" or otherwise "askew"somehow...And you know where it goes from there: "Hmm, what if I move this guy over here...just a bit?" Of course, this almost always leads to a spontaneous "refreshing" of the aquascape, often taking hours to complete. And oddly enough, after several hours and dozens of re-configurations, I'll arrive at a 'scape which looks- pretty much the same as it was before I started... And yet, somehow, I find this relaxing. Weird. So it's entirely possible to be analytical and calculating on some aspects of aquarium  keeping, and annoyingly spontaneous on others. I believe that this applies to many of us.

"If I just reposition that one piece of wood and that palm frond...should just take a sec..."

And of course, there are some hobbyists- often reefers-who are entirely impulsive, which is why you see entire 200-gallon tanks full of every type of coral frag imaginable, with plugs sticking out from every conceivable angle. Of course, I cannot, in all honesty, say anything negative about them, because the reality is that some of these "impulsive" reefer-types made myself and other coral vendors a lot of money over the years, lol! So, I suppose there are positives and negatives to every aquarium-related behavior, right?

Not that this is some hard-hitting, super-important topic, but hey- it's Thursday- almost the weekend-and those of you who follow my rants all the time know that I love to postulate on- well, everything aquarium-hobby-culture related, and this is a perfect day for just such pondering...

So it begs the question: Are YOU an "impulsive" aquarist? DO you find this a blessing or a "curse?"